I’ve never been to Portland before, but a couple years ago some good friends of mine moved out there and I had been dying to visit ever since. When another friend of mine temporarily relocated there for a job, I knew it was time to visit!

I was able to head out there on a Thursday night flight and work from a local office on Friday, which worked out perfectly since the flight is so long and it allowed for me to have more time to catch up with my friends.

We explored downtown Portland on Friday night and had a delicious dinner followed by ice cream from the Portland staple, Salt & Straw.

The following morning, we headed back into downtown and had the most delicious breakfast at this funky diner called Stepping Stones. My breakfast of banana nut bread french toast was so good I had to document it with a photo:

After stuffing our faces, we drove an hour out to Multnomah Falls, Oregon’s tallest waterfall. We decided to hike out 3 miles to where 3 waterfalls join. The hike was beautiful and showed some spectacular views of the Columbia River Gorge. We all had so much fun and I am glad I got to take advantage of the beautiful outdoors while I was there. I was too afraid to hike with my camera so I apologize for the following sub-par iPhone photos… 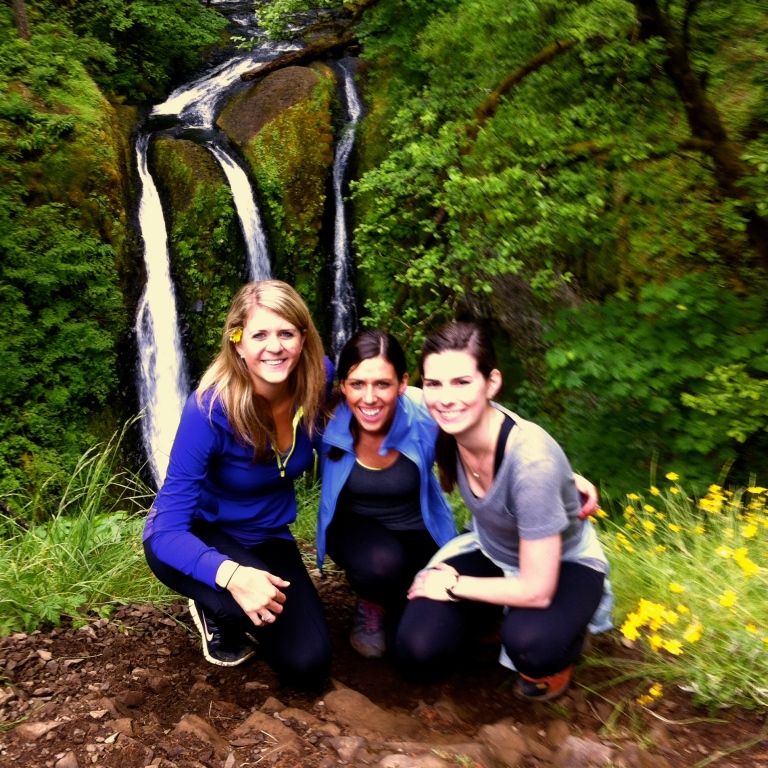 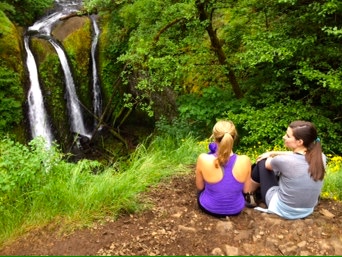 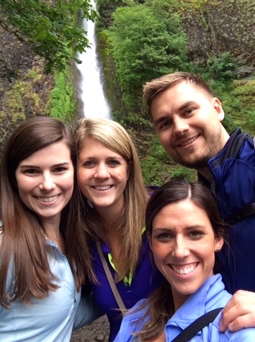 I originally planned on staying through Sunday, but the flights continued to look worse and worse so I decided it was best to leave Saturday night. Unfortunately, the direct flights were all full so I headed to LAX to try to make a red-eye back to Atlanta. However, I didn’t make it on any of the 3 red-eye flights, which meant by 1 AM I was stranded at the airport with all of the local hotels completely booked. The next flight I was planning on trying to get on was at 5 AM, so even if the hotels weren’t full, it wouldn’t make much sense to get to a hotel only to turn around and head back to the airport in a couple hours.

Therefore, I made a very comfortable bed at LAX airport 🙂 It definitely was quite an adventure and an experience I won’t forget anytime soon.

It was great catching up with friends and look forward to heading back to the beautiful PNW next summer for Kim & Luke’s wedding!