We were so excited to have Cole’s parents and sister visit us in April! We spent a few days together in London before heading North to Scotland.

They’d all been to London previously and visited the major tourist attractions already, so we wanted to show them a different side to London – the locals perspective. We spent the weekend taking them around to our favorite neighborhoods: Notting Hill, Fitzrovia, London Bridge, Covent Garden and of course our neighborhood – Pimlico and Chelsea! Here’s a few of my favorite photos from the weekend. 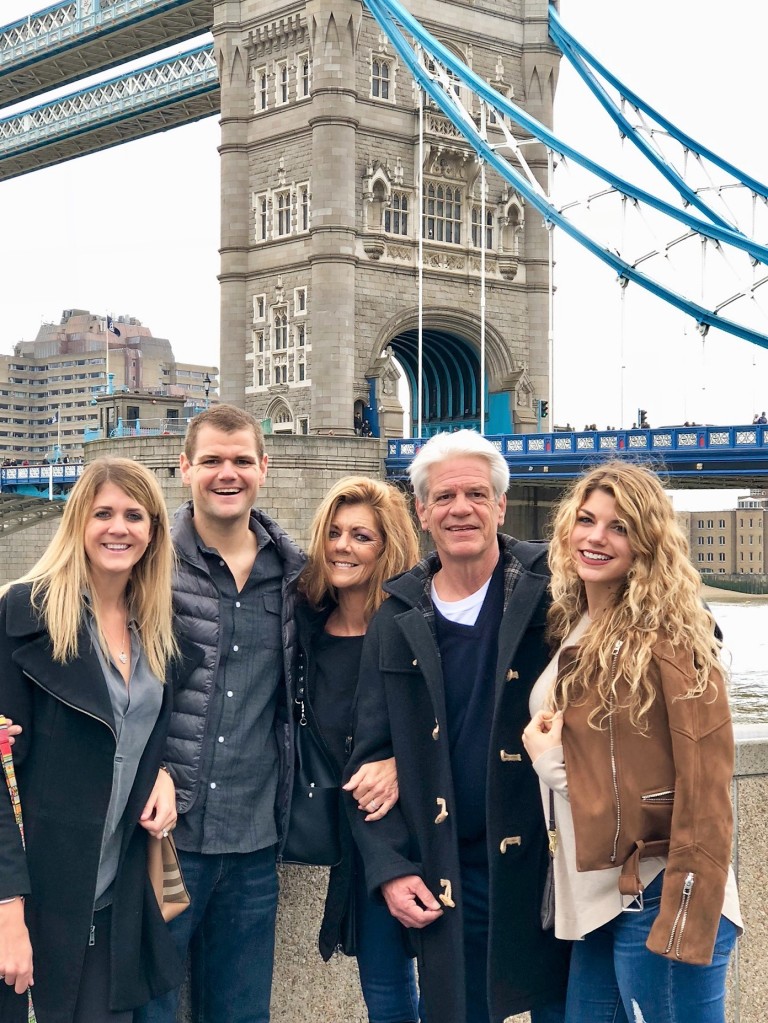 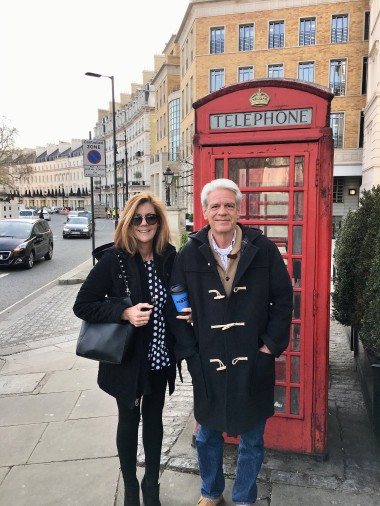 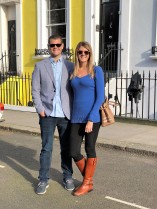 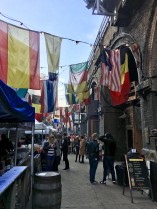 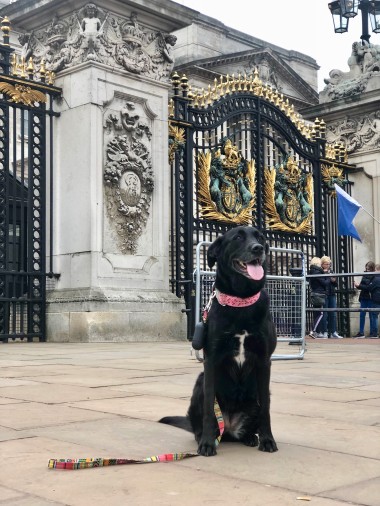 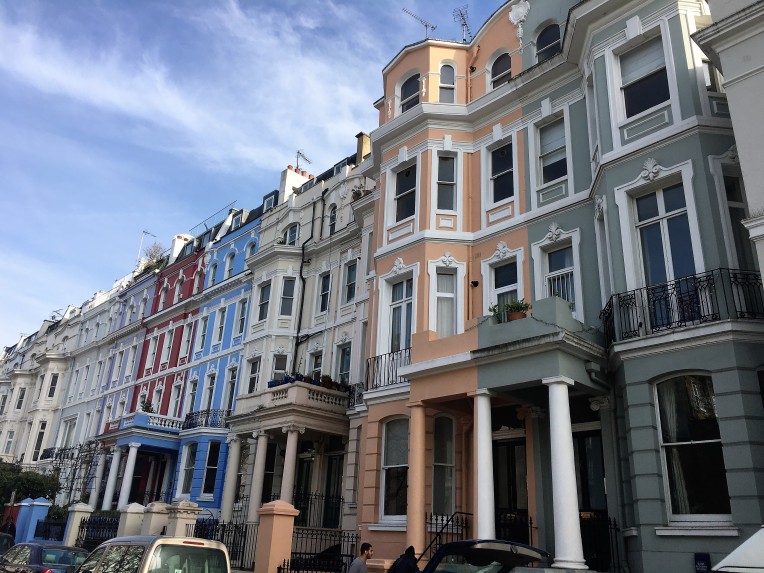 On Sunday, we all (including Lucy!) took the train up to Edinburgh. We loaded up on snacks and drinks and enjoyed the views on the 4 hour train ride.

We checked into an adorable Airbnb, which was a short walking distance from the town center. We dropped Lucy off at home and then headed to explore the town. We spent a few hours walking around enjoying the castle, the quaint streets, and dark pubs. Once we worked up an appetite we headed over to a place recommended by a friend called Salt Horse, which is known for its incredible selection of beers and delicious burgers. It lived up to its reputation and we left happy and full a few hours later. We then wandered down the streets in the old town, popping into a whiskey shop before we found ourselves on Princess Street. My company has a beautiful hotel, Hotel Indigo, located on this street which I wanted to check out. We grabbed a drink at the bar before calling it a night.

Capturing the Scotts crying from laughing so hard 🙂

Beautiful scenic view on the ride up (Amanda wake up!)

The next day we got up early as my aunt and uncle who’ve lived in Edinburgh for 20+ years were taking us out on an adventure. They rented a huge shuttle bus so we could all comfortably fit – again including Lucy 🙂 – and we headed north to St. Andrews.

St. Andrews is this adorable university town. I quickly fell in love with the rich history of the town and it’s gorgeous architecture and sea views. We wandered around St. Andrews Cathedral, a ruined Roman Catholic that was built in the 1100’s and was the largest church to have been built in Scotland. We climbed up to the top of St. Rule’s Tower and were rewarded with sweeping views of the town. We then grabbed lunch at a pub overlooking the prestigious golf course. 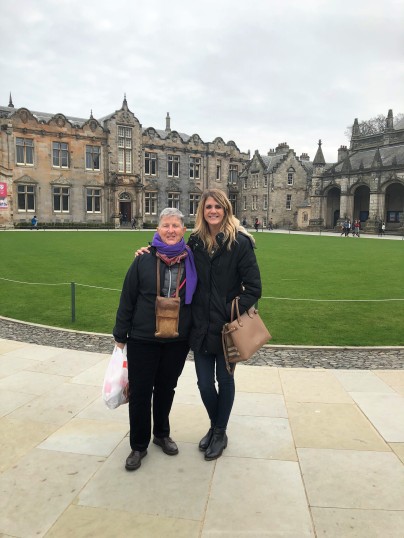 We stopped into a combined brewery/whiskey distillery nearby, which unfortunately wasn’t allowing any tastings outside their set tours. Instead, we picked up a couple bottles of whiskey and beer from theirs tore before piling back into the car to check out the some of the Highlands.

A short scenic ride later, we arrived in Dunkeld and walked along the river and quiet streets of the small town. We popped into the pub which was bustling with locals and then started our journey back to Edinburgh. 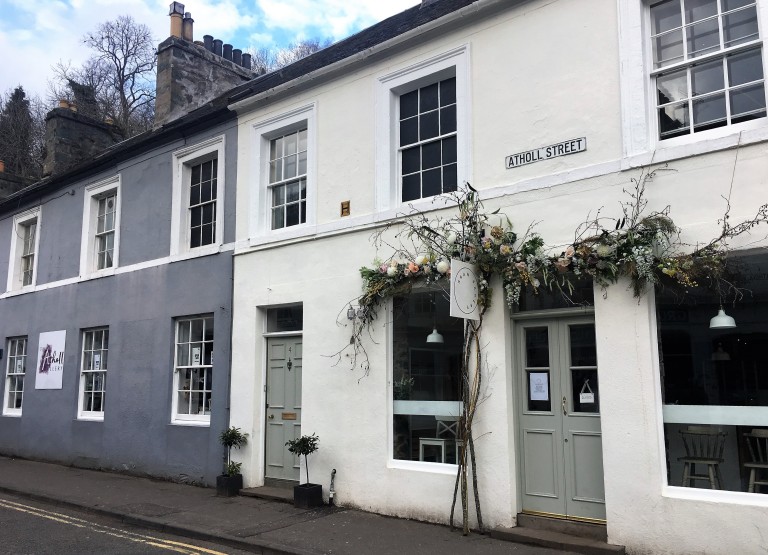 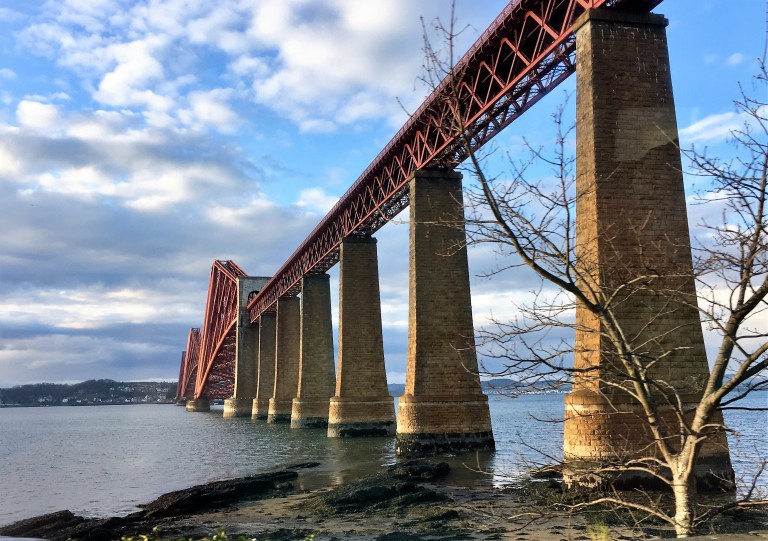 We had the best day exploring St. Andrews and getting a glimpse of the Highlands. Thank you SO much to my incredible Aunt Geraldine and Uncle Peter for arranging such a lovely outing!

That night, we grabbed dinner at an Italian restaurant near our Airbnb and then stumbled upon Heads & Tales Gin Bar that had live music. The performer was covering Ed Sheehan, Mumford & Sons, and we were all in heaven! He was so good that Amanda and I stayed soaking it all up until well after midnight when the singer finished for the evening. It was the perfect ending to a great day. 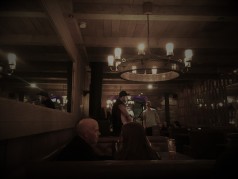 The next day we spent exploring Old Town town further. We were also on the hunt for some infamous Harris Tweed clothing so spent some time on the charming Victoria Street. It was raining pretty heavily so we spent a lot of time ducking into pubs to warm up. That evening we went over to Geraldine and Peter’s for a delicious Scottish dinner where we were treated to a feast including the local ‘delicacy’ haggis (which is actually banned in the US). It was suprisingly tasty!

Our final day in town, we spent the morning in Old Town and made our way over to Princess Street to meet my aunt for lunch before catching the train back to London. We really enjoyed the charming town of Edinburgh and can’t wait to go back to explore Scotland more. 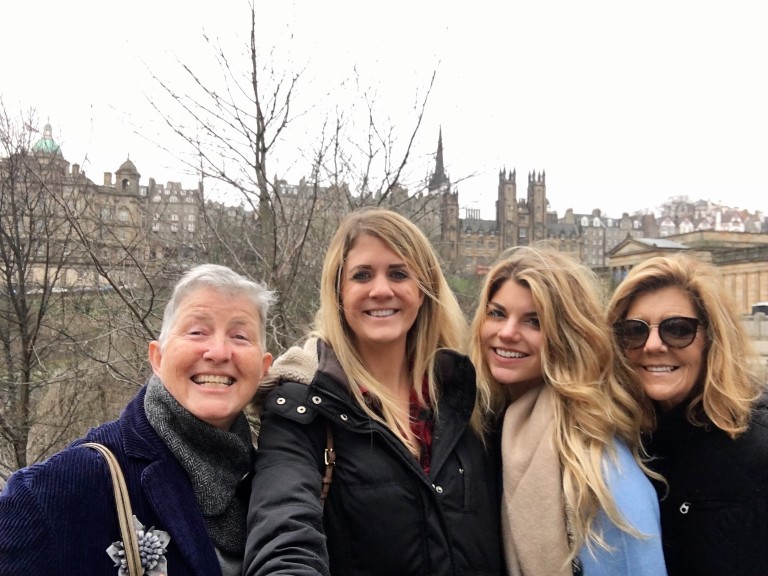 Unfortunately, Cole’s parents were flying out the next day but luckily we had Amanda with us for another week since she was working from her company’s London offices. We enjoyed showing her another side to London by taking her over to Shoreditch and exploring more of the East side of town.