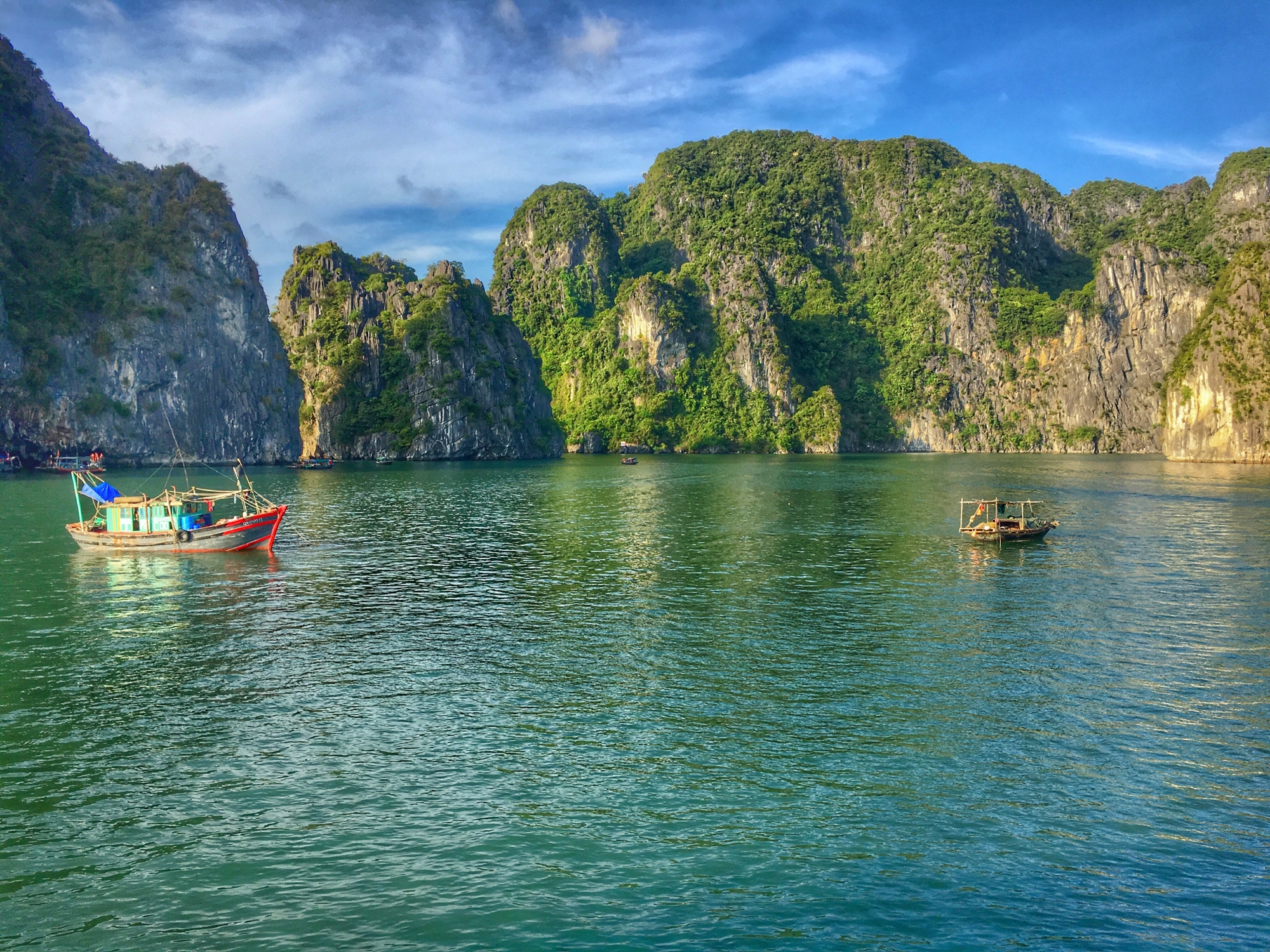 Our final stop of our South East Asia adventure was Ha Long Bay. Ha Long Bay is made up of 1,969 limestone formations and is one of the 7 natural wonders of the world as well as a UNESCO World Heritage site. We’d heard this was a must do if you’re ever in Vietnam and I’m so glad we prioritized this as it was absolutely breathtaking and even better than I imagined.

After extensive research, we booked with Paradise Cruises on their newer boat, Elegance. It’s a bit of a splurge, but we felt like it was worth it. The service was excellent and we really enjoyed the excursions that the company organized (although I think all the boats basically do the same thing).

We really lucked out as the room we initially were booked in smelt like cigarette smoke. The wonderful cruise director, Belle, upgraded us to the most beautiful room on the boat complete with two seating areas on the outdoor deck. We were really spoiled! 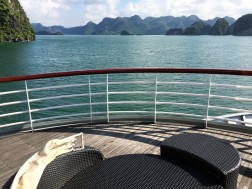 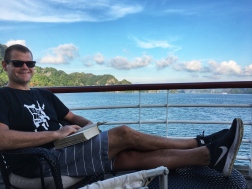 Right after we left the dock, we ate lunch and headed to the top deck to lay out and enjoy the warm weather. Immediately, the views were stunning and I spent more time snapping photos than laying out. We shortly arrived at our first stop and we opted for the kayak in the cove (versus visiting a local oyster farm). After an hour kayak exploring the coves and inlets, we hopped back on the boat and sailed for another hour. 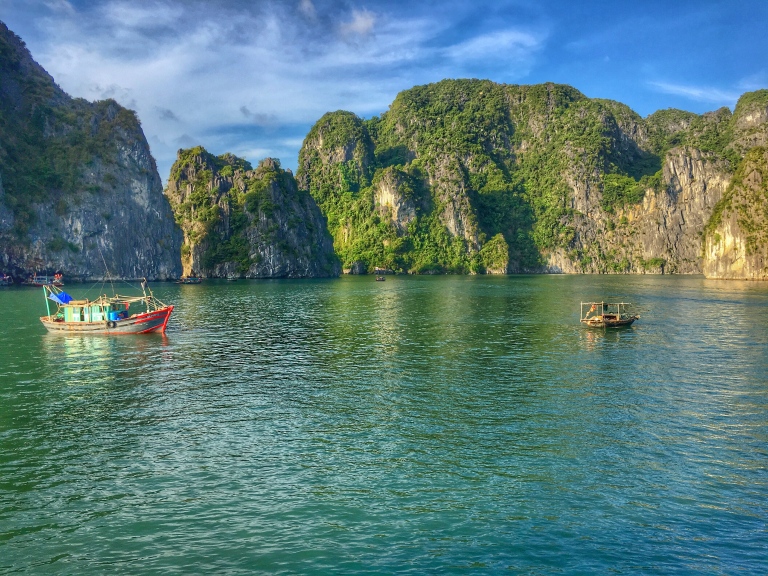 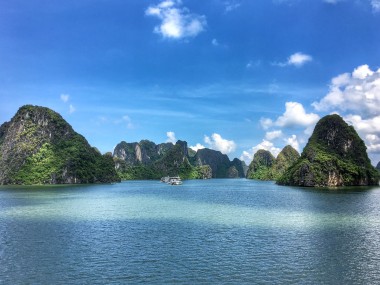 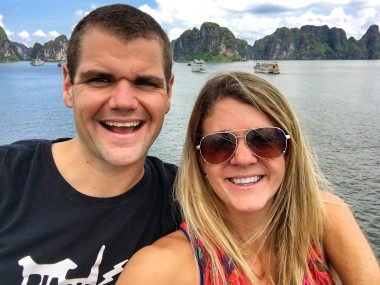 Our next stop was a hike through Sung Sot Cave, one of the largest caves in Ha Long Bay. Among all of the nearly two thousand limestones I mentioned earlier are a series of ancient caves and grottos. It was beautiful to walk through Sung Sot and explore the intricate details. It also offered some gorgeous views overlooking the bay. 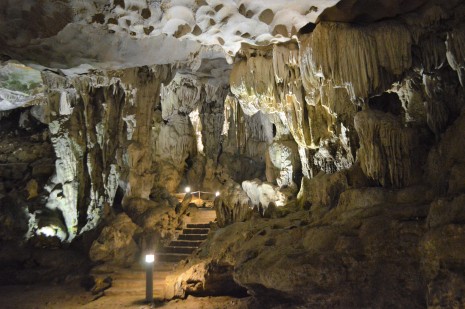 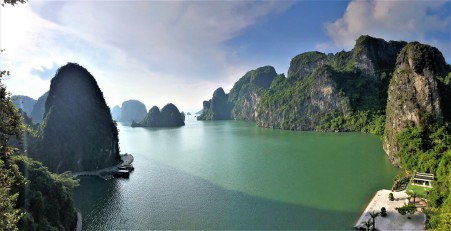 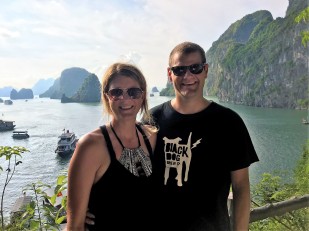 We got back on board and quickly showered so we could enjoy the sunset on the top deck. There was a cooking demonstration of making some fresh spring rolls and we briefly participated before getting distracted by the amazing views. There were a few other Americans on board and we somehow managed to congregate in the same part of the boat. We chatted for a couple hours with them while we enjoyed some drinks. We had dinner and then spent a bit of time in the piano lounge where there was a singer covering some classic songs. There was a full moon which was absolutely breathtaking as it shined among the limestone formations. Cole and I ended the night by playing a game of Chess and enjoying one last night cap. 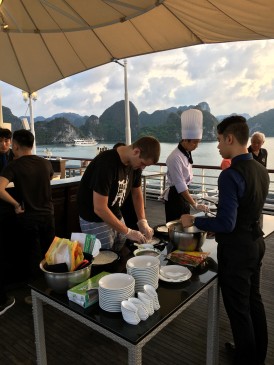 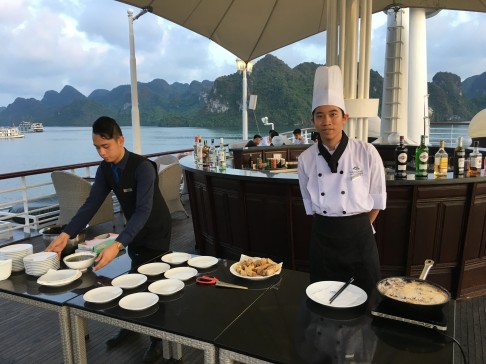 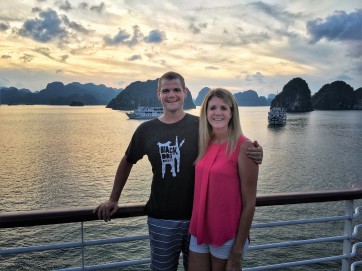 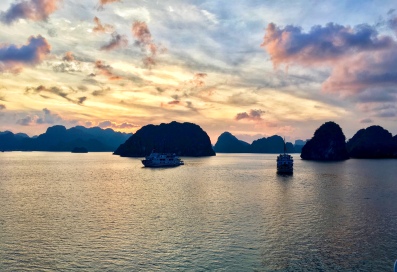 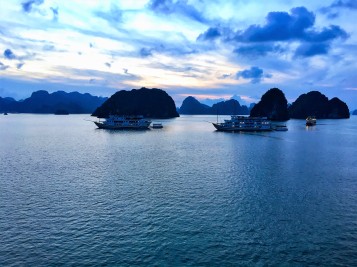 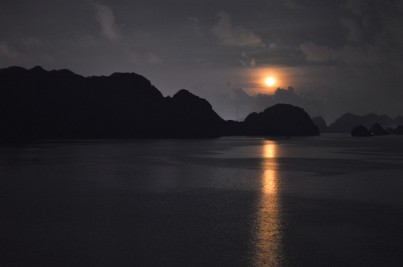 Our wake up call was bright and early at 7 so we could participate in our last activity, a hike up to the top of Titop island, which offered some incredible views of the bay. Afterwards, I took a quick dip in the bay to cool off before we headed back to the boat for breakfast. 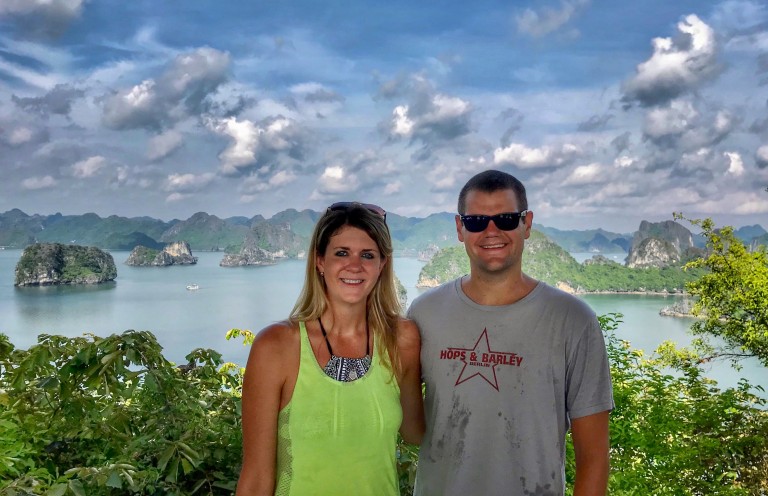 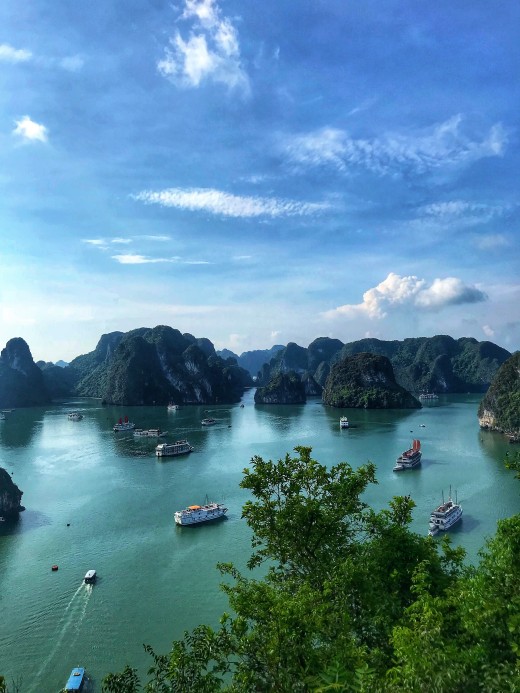 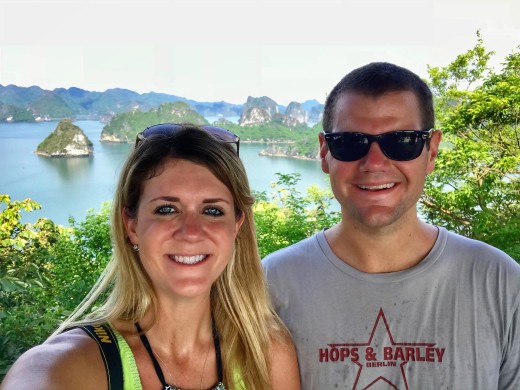 We spent our last few hours enjoying the views from our deck before disembarking and saying goodbye to one of the most beautiful places we’ve ever visited. It was the perfect ending to our trip!

Note, Ha Long Bay is about a 3.5-4 hour drive from Hanoi so it’s quite a journey. To make it worth it, you could consider doing a 3 day, 2-night trip instead which we would have done if we had a bit more time.