As part of my MBA, we have to do a week of a “Global Business Assignment”, basically a short study abroad. I selected Mexico City for a few different reasons: it was one of two places on our list that I hadn’t been to before, it’s proximity to the US makes it very relevant for American business, it’s a priority market for my company and a country we’re looking to grow further and last but not least, the professors that taught are some of the best at LBS. More importantly, I also thought the topic of the week, Reverse Globalization, was very relevant and becoming increasingly important around the world.

I spent just over a week in Mexico City (one of the places I’ve spent the longest in a long time as we’re constantly on the move) so I was able to get a pretty good feel of the city. Our hotel was in Polanco, an affluent neighborhood known as the “Beverly Hills of Mexico City”.

My first full day on Sunday I set out to explore as much as possible before our program kicked off that evening. I walked all throughout Polanco – I started off by grabbing coffee at Cafebreria El Pendulo. These cafebrerias are these charming bookstores that have cafes nestled into them and can be found all over town. After exploring Polanco, I walked for about an hour east to the Juarez neighborhood and grabbed lunch at Califa Reforma, a delicious taco place recommended by a friend in London. I then headed nearby to El Moro, to a churreria place and enjoyed some churros and chocolate. I then headed south to the neighborhoods of Roma and Condessa, two areas that are more residential but trendy with lots of restaurants. I started to make my way back towards the hotel and finished my day of exploration by walking through Bosque de Chapultepec, which is the city’s big Central Park. On the weekends they have tons of food and craft stands and seemed to be a favorite spot for locals.

That evening we had a drink reception to kick off the week and meet everyone from the different LBS programs. This started a whirlwind of events for the week. The week was structured to have a speaker every morning and then an organizational visit in the afternoons, which was a great way to learn about the economy while also seeing firsthand how companies operate in Mexico. It would take me hours to attempt to cover the week, so I thought instead I’d highlight some of my favorite highlights from the week: 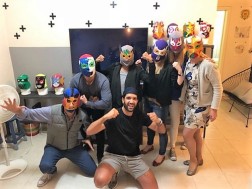 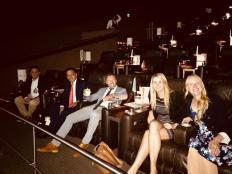 At the end of the week, Cole flew over late Friday night and we had Saturday to explore the city together. I took him to some of my favorite spots from the week but we also checked out the historical spots that I hadn’t managed to see yet. The weather was beautiful so we borrowed the bikes from the InterContinental and managed to cover a ton of ground on two wheels. It was great to have him in town to show him and we really enjoyed our short time in Mexico. 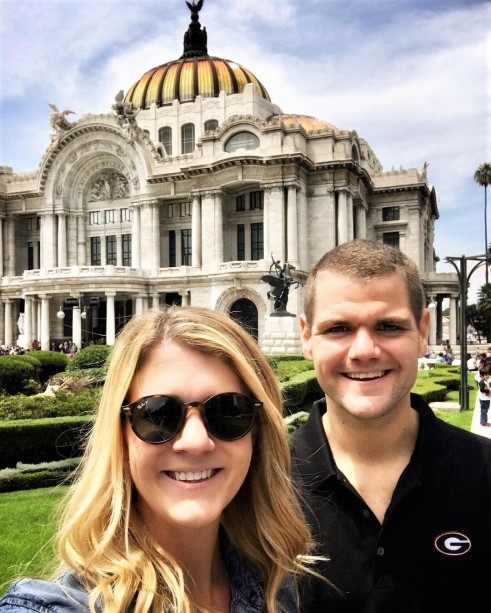 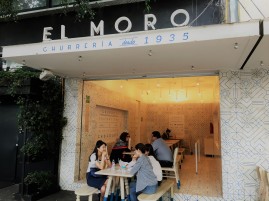 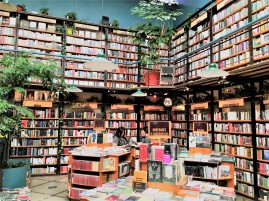 I learned so much about Mexico in my short time there and have come away with a much deeper understanding of the economy, the culture and the people of an incredible country. The timing couldn’t have been better as the NAFTA 2.0 negotiations were getting finalized as we were in town and made the discussions and presentations even more engaging. I’m excited to see what the future holds for Mexico and look forward to visiting again sometime soon!