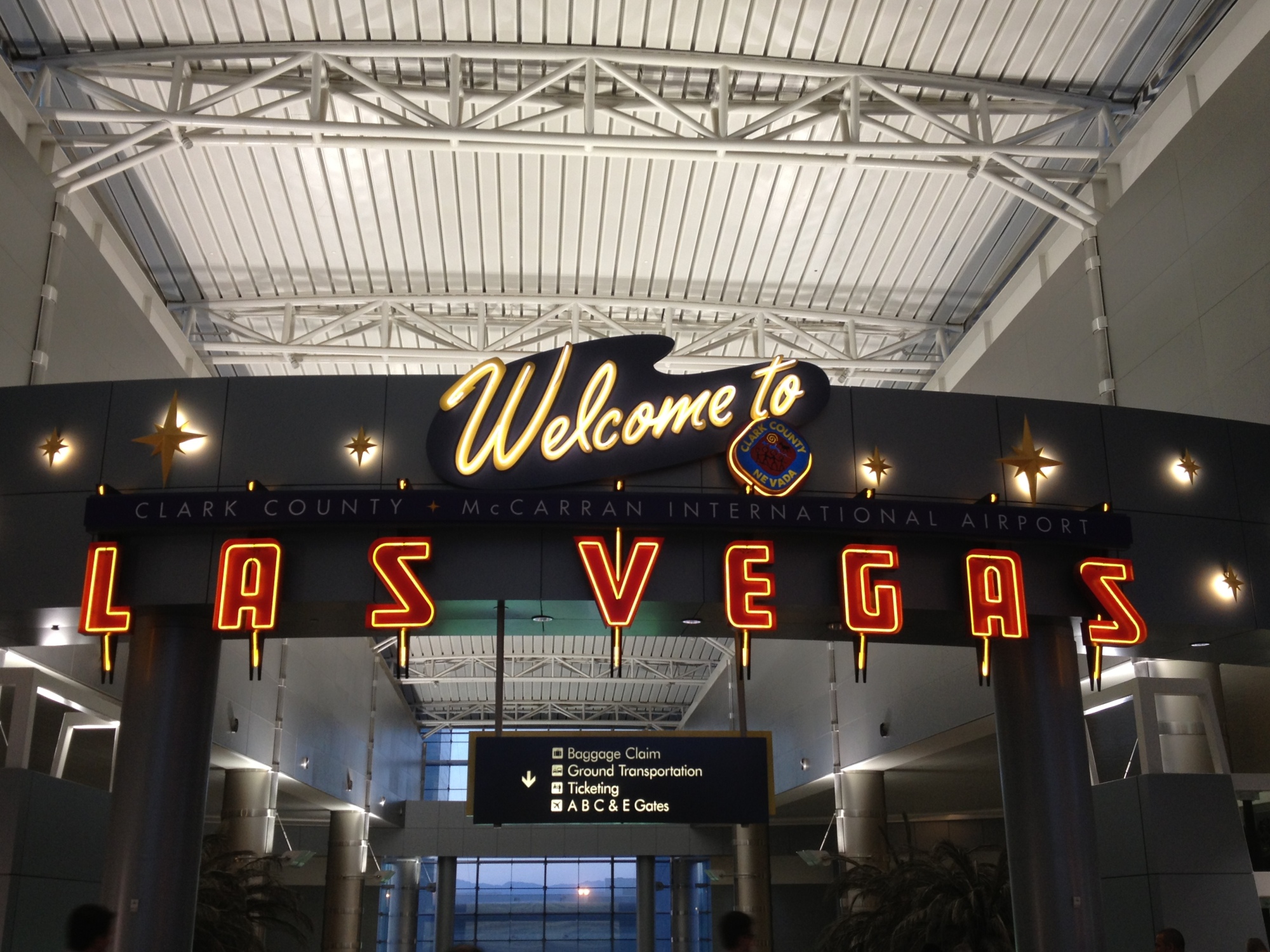 I had never been to Las Vegas – Cole on the other hand is a Vegas aficionado having been there 8 or so times in his life – so it only made sense that it was time that I experienced what Sin City was all about.

The great thing about flying out west is that with the time change you land so early that you have the whole night to experience the city (this is especially true in a city like Las Vegas which never sleeps and you can never tell what time it is). Here is a photo of the beautiful view from the flight in..

We wanted to stay somewhere with a nice pool to spend Saturday laying out, but didn’t want to spend too much money. We heard from a few people that you can get a great deal using Priceline negotiator so we decided to give it a try. As we sat on the plane waiting to take off, we quickly pulled up Priceline, successfully negotiated and ended up getting an amazing deal on the Venetian. We were off to a good start for my first trip to Vegas.

We landed and took a short cab ride to the Strip, where I am pretty sure I was in sensory overload taking in all the bright lights and each hotel more lavish than the last. Even navigating around the Venetian was an adventure and I am certain it was the largest hotel I have ever step foot in. The lobby was gorgeous and our room incredible – it had a sitting area the size of the studio apartment I had in Dallas! The only downside was the only time we spent in the beautiful hotel room was when we were there to sleep. 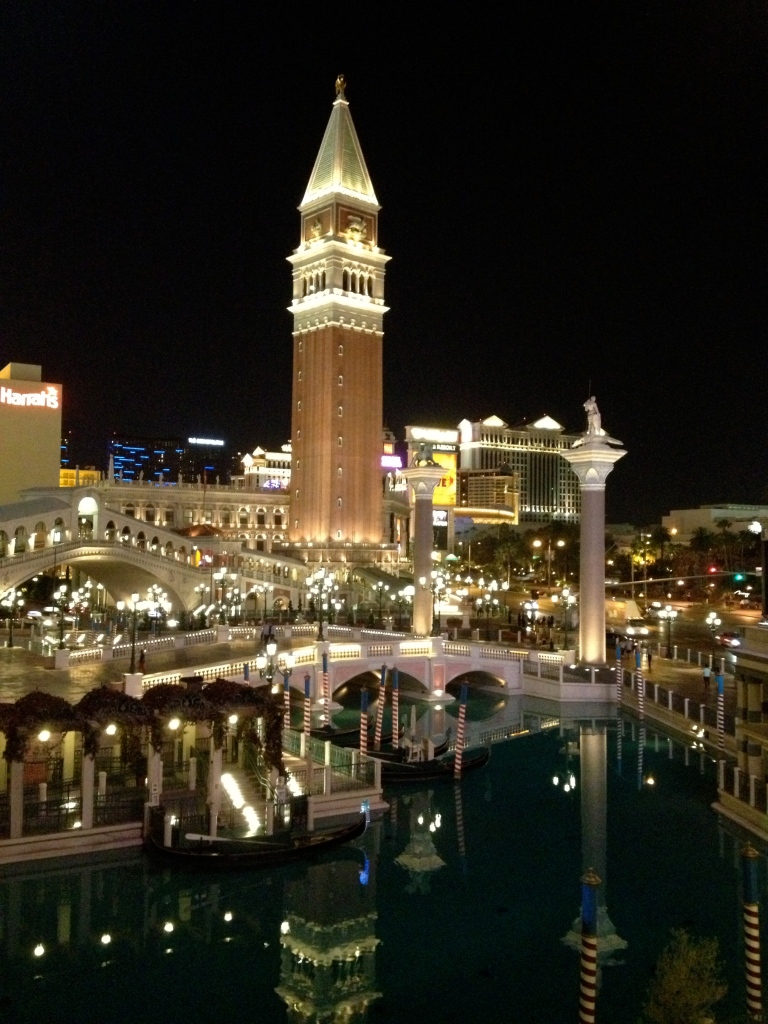 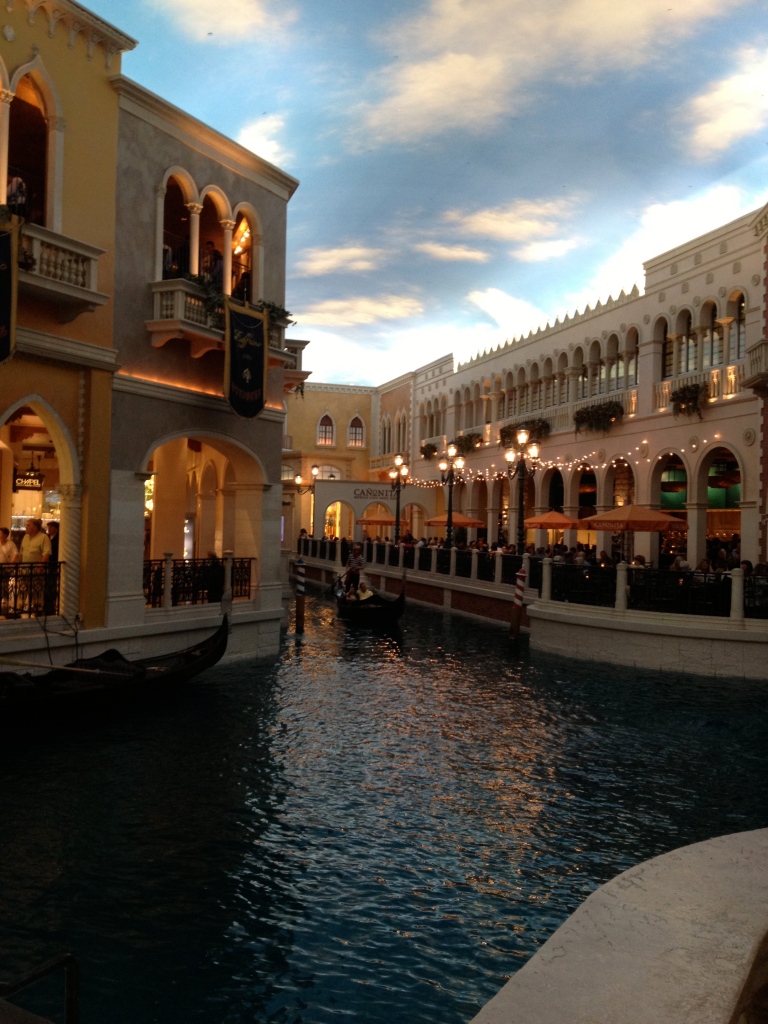 After checking in, we headed to the Grand Canal Shops and walked around. We grabbed a drink at one of the squares and then decided to eat at Canonita, a mexican restaurant with queso fundido and great happy hour drink specials (their happy hour was until 10 pm!). We then hit the strip to spend the night in and out of various casinos gambling and trying to hit the jackpot :). We started at Treasure Island and slowly made our way down the strip ending at Caesar’s Palace. By 3 AM, I had a nice buzz from the free whiskey gingers and had won enough at Roulette to cover our dinner bill with some extra left over so I was happy calling it a night. We walked back down to the Venetian passing thousands of people just beginning their night out. 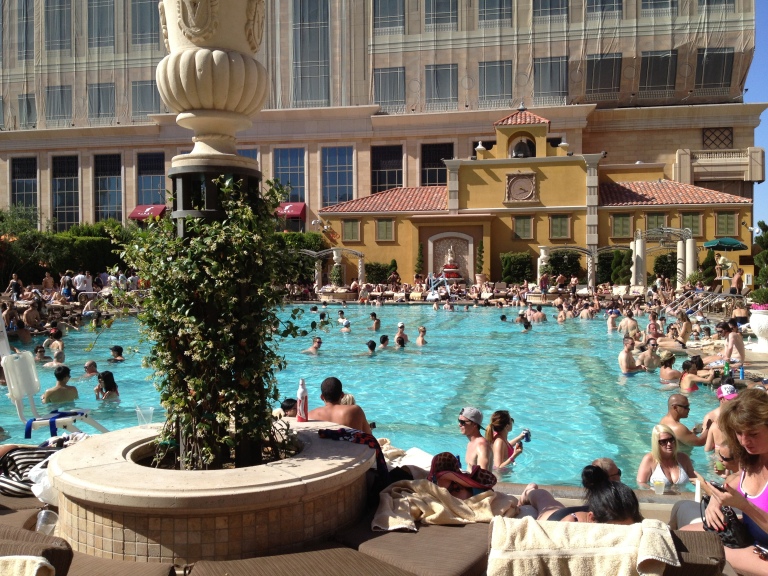 We spent the following day at the beautiful pool, reading, drinking and relaxing – a perfect Saturday in my books. There was also a club at the other Venetian pool which had a line of at least 100 people waiting to get in. After a day in the sun, we utilized the spa (which was included in the room rate!) and got ready for spending another night out on the strip. We started at the Wynn, gambled a bit, and then walked back to Caesar’s Palace to try out Gordon Ramsey’s Pub & Grill. After dinner, we stopped by and watched the Bellagio Fountains which were spectacular. Unfortunately, due to flights filling up and Vegas being such a popular destination, we had to take the red-eye out that night and ended up having to stop over in Orlando. Even for a short trip, we had a fantastic time in Vegas and I can’t wait to go back again sometime in the future! 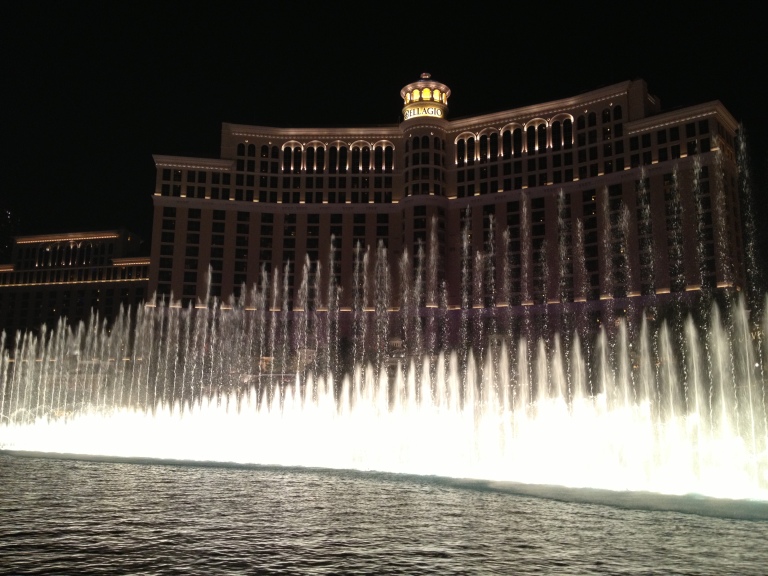