For Easter holiday, Cole and I travelled to Eastern Europe! Budapest and Vienna had been on our bucket list since we moved and with 4 days to travel, we thought it was the perfect destination.

We left first thing Thursday morning and arrived in Vienna by 8 am. We headed over to our hotel and dropped off our bags. We wandered a bit around town admiring the beautiful architecture – unfortunately it was raining but we weren’t going to let that stop us. We walked around the town center and grabbed lunch before we headed out to see Schonbrunn Palace. This mammoth palace boasts over 1,400 rooms and was once the home to Franz Joseph. For once, I was able to convince Cole to do a guided tour – we purchased tickets only to find out it was only an audio tour 😂 But it still ended up being a great way to learn more about the history of the palace. After the tour, we checked out the Easter markets they had set up, which were very similar to German Christmas markets. We then headed back into town where I found an Austrian restaurant for us to get some liters of beer. Afterwards, we walked around more of the city – just taking in the endless beautiful buildings. Vienna is often voted as the most livable city and it was easy to see why – it’s gorgeous, full of history, clean, and has lots of green space and parks. We had a great time just walking around the town. That night we had a delicious dinner before briefly checking out some live jazz music at Porgy & Bees, a great music venue just around the corner from our hotel. 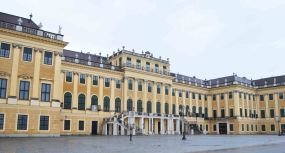 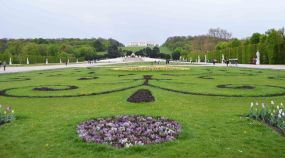 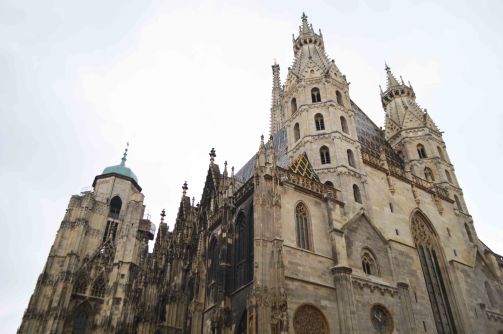 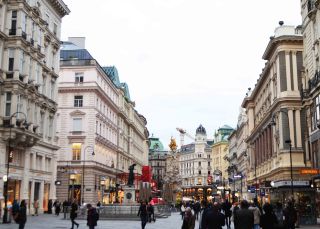 Friday morning, we woke up early and went for a long run around the Danube River. We checked out the Viennese Giant Ferris Wheel – once the largest Ferris wheel in the world. 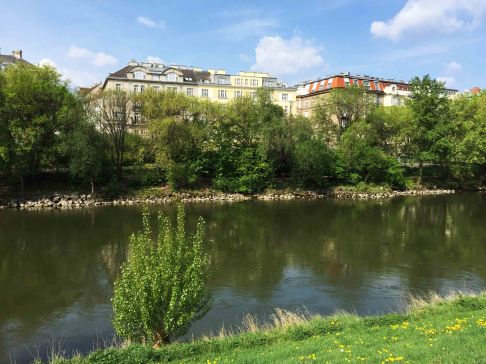 We then caught the train to Bratislava, our next stop on our Eastern Europe jaunt. The train only took a couple hours and we shortly arrived in Slovakia. We found this amazing brewery, Meštiansky Pivovar, where the beer was 1.50€ for a pint! We had a couple of their craft beers and chatted with the bartender who educated us on some of the local Easter traditions – including where the Slovaks basically torment women. I try to not judge traditions but this one definitely seems a bit sexist. As wikipedia explains it: “The tradition of spanking or whipping is carried out on Easter Monday. In the morning, men spank women with a special handmade whip called a pomlázka (in Czech) or korbáč (in Slovak), in eastern regions of former Czechoslovakia Moravia and Slovakia they also throw cold water on them.” 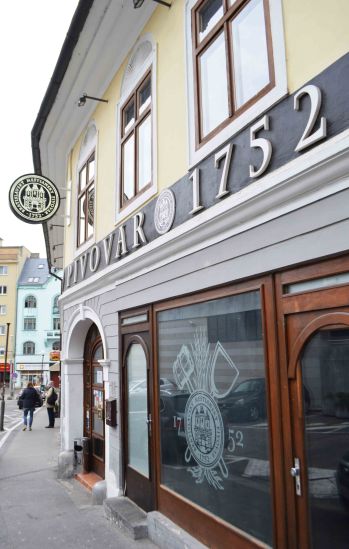 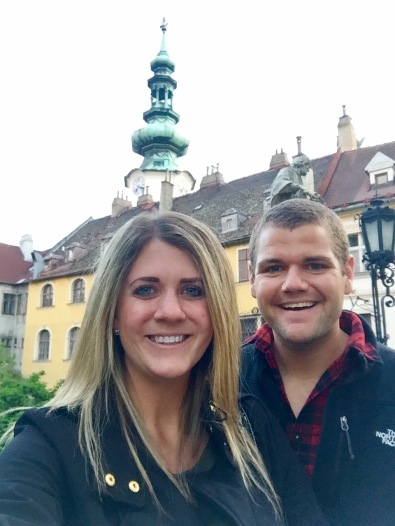 Afterwards, we walked through the small town square and center, surprised by how many cute restaurants and spots there were. We found a super cozy and delicious Italian restaurant called Gatto Matto. We then tried to stop in the casino but unfortunately it was closed for the Easter holiday 😦

The next morning, we did a quick run around the city before hopping on our train to Budapest. Another short train ride later, we were in Hungary our final stop of the trip. We arrived at noon and checked into the gorgeous Intercontinental right next to the chain bridge. We walked down to the Central market hopping to grab some lunch. It was full of tourists so we just quickly walked through before deciding to rent the local public bikes to see more of Buda and Pest. 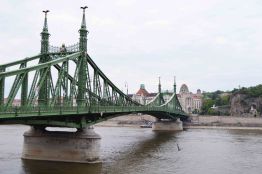 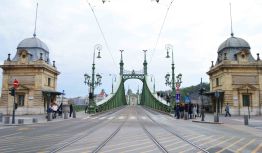 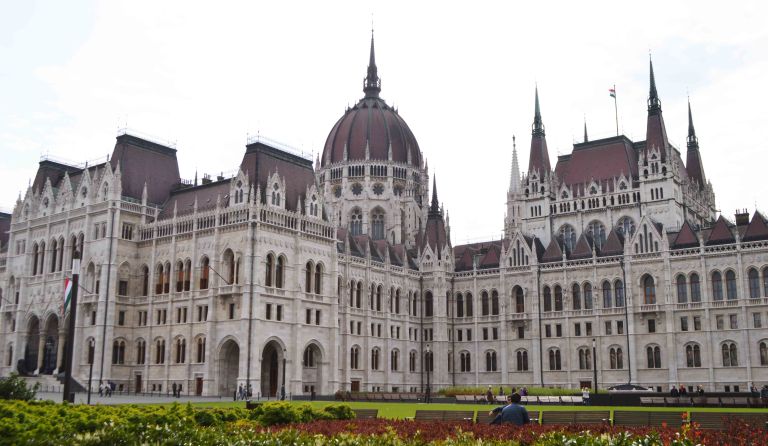 We biked down along the Danube down to the stunning and massive Parliament building. We had a delicious Greek lunch just down the road at Mazi Greek Kitchen and then crossed the bridge to briefly explore Margaret Island. After some issues with the rented bikes – I may have accidentally broken the mechanism to lock it back up 😳 we headed to the Buda side of the city. We continued our bike ride along the river and stopped for some afternoon cocktails. We hopped back on our bikes and Cole inadvertently (or more likely probably on purpose) steered us onto the Chain Bridge. We were the crazy lunatic tourists biking on this tiny two lane bridge – it was quite entertaining. Despite that it definitely wasn’t allowed and was a bit terrifying, the sun was setting and it was pretty incredible to drive on such a historic bridge. 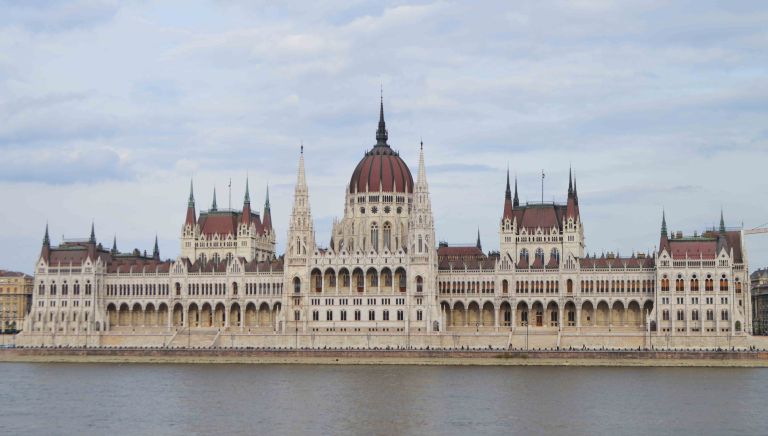 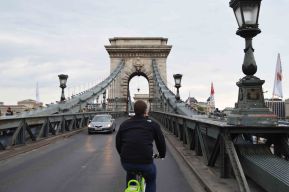 That night we went to explore more Easter markets, which we had passed earlier on the way to our hotel from the train station. We planned to just grab a drink and appetizer, but the food looked so good we couldn’t turn it down and ended up having our whole dinner from various stalls. My favorite was Placki Ziemniaczane – it was basically crispy hashbrowns made into a pancake and then topped with sour cream, sausage, and peppers. Seriously incredible! 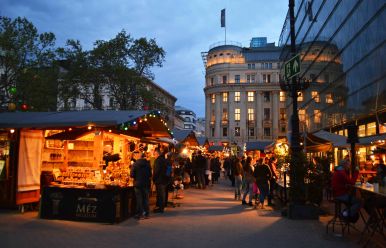 After dinner, we walked down to the Jewish quarter to check out the infamous ruin bars. Ruin bars started popping up in the early 2000s, when someone decided that the desolate and abandoned buildings would make a great, eclectic bar. These buildings were abandoned during WWII when the Nazis sent the Jewish residents to concentration camps and sat empty for years. We started at the original ruin bar, Szimpla Kert, which was really cool and I would highly recommend. We then checked out a few others nearby (there are plenty throughout the area). 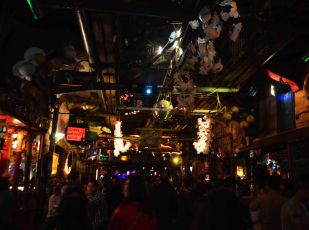 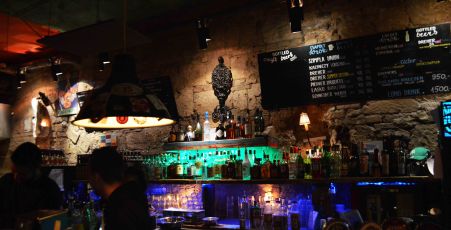 Before calling it a night, we stopped by the Chain Bridge to admire its beauty all lit up. I took a couple hundred photos and then headed back to our hotel.

Sunday was our last and final day and we tried to make the most of it. We woke up and went for a 6 mile run along the Danube. Afterwards, we tried to go to one of the thermal baths before realizing that we wouldn’t be able to do that on top of the other things we still wanted to see in the city. 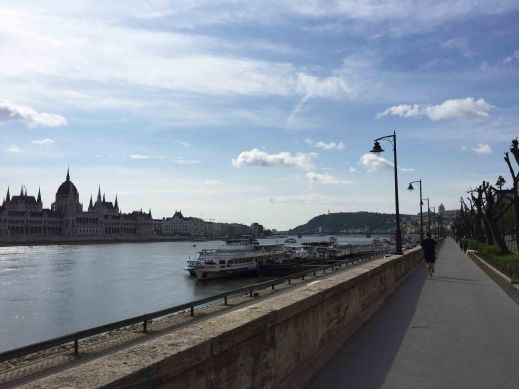 We instead we walked up to Fisherman’s Bastion to see the incredible views of the city. 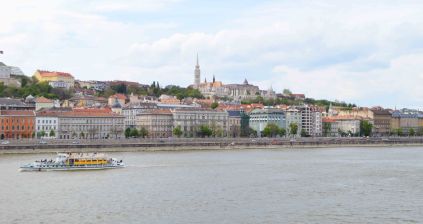 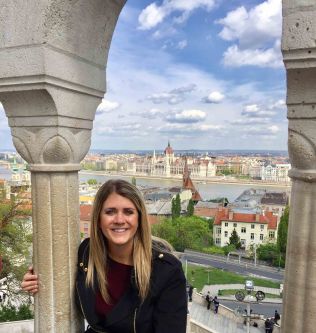 We then walked through the Pest side, stopping at St Stephens Basilica. Budapest definitely felt way more touristy than I was expecting – I think mainly thanks to the dozens of river cruises that stop there. 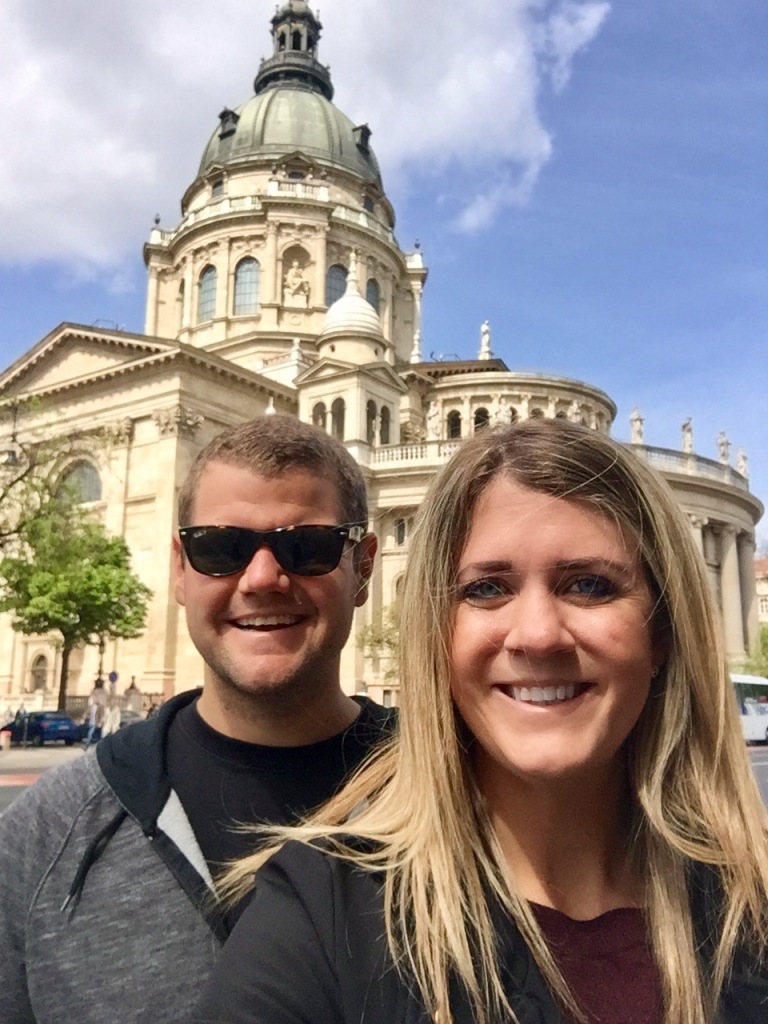 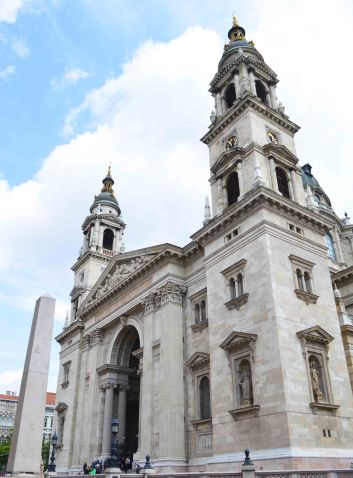 This was the farthest East we’ve explored in Europe and we loved the architecture, food and the overall vibe of the cities. We can’t wait to explore more of Eastern Europe in the future!